How an LNG terminal works

An import and distribution LNG terminal has the following functions:

Once an LNG carrier arrives at the terminal’s jetty, its liquid natural gas cargo is unloaded by articulated arms and transferred via pipelines to the terminal’s storage tanks. These storage tanks, acting as giant thermos flasks, are able to store the LNG and maintain its cryogenic temperature of about -162°C. The stored LNG can then be pressurised and re-gasified, using a series of heat exchangers and, subsequently, sent out into the German transmission system, or otherwise, it can also be re-loaded onto trucks, railcars or smaller LNG carriers or bunker vessels for onward distribution and/or use as fuel in the trucking and shipping industry. 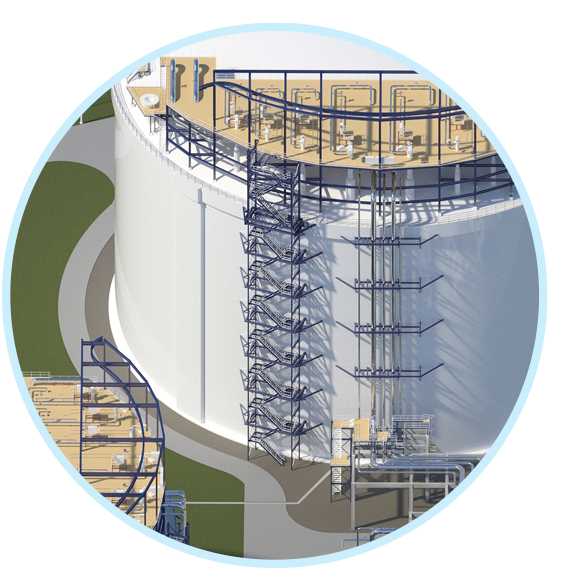