A Day in the Life of an LNG Terminal

Q. Rolf/Mr Brouwer, you are an experienced senior manager of the energy sector having dealt with oil, gas and chemicals both in Europe and North America working for and with the sector’s leading companies. What has attracted you to taking on the role of MD of German LNG Terminal? What do you view as your personal professional challenge in Brunsbuettel?

The LNG terminal in Brunsbuettel is an ambitious, forward-looking and, crucially, a vital infrastructure project that is of strategic importance: gas/LNG plays an important role in the energy transition towards more climate-friendly energy supply as recognised by the German Economic Affairs Ministry. It is fantastic to be part of a project that not only helps to drive forward the energy transition but also supports business growth in the Brunsbuettel and Dithmarschen region. I am delighted to be able to bring in my professional experience and expertise both from managing the Dutch LNG import terminal in the port of Rotterdam (GATE) and from leading on international gas storage projects. Equally, the project team brings a wealth of relevant experience to German LNG Terminal and, therefore, we are all well-equipped to manage the project from start to finish. 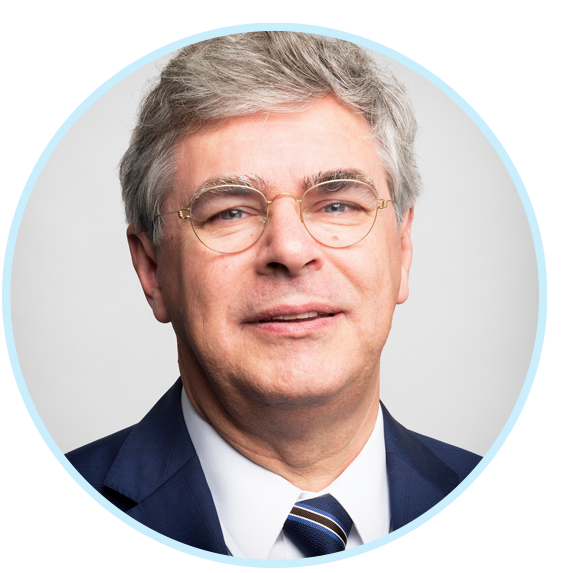 As you have previously been the director of the GATE terminal in Rotterdam, you know an LNG terminal’s operations very well. What does a normal day at an LNG terminal look like? What would you be able to see/observe?

The core of running a terminal is the operations department where men and women operate in 8-hour-shifts and take care of all activities 24 hour a day, 7 days a week. In particular, they are responsible for the unlading of LNG carriers, jointly with the carrier’s staff, the loadingof trucks and railcars as well as for sending out gas into the pipeline connecting the terminal to the gas network in Germany.

The operations department is directly supported by the maintenance crew which ensures that all systems are running and perform safely and efficiently. During the day they maintain equipment and monitor and check on contractors which are hired for specialized jobs.

Then there many more roles supporting the overall functioning of the terminal: human resources, including training; the safety department; the technical department to design and plan maintenance; the commercial department for customer liaison and a finance department.

All workflows, routines, procedures, responsibilities are described in a continuously updated Terminal Management Handbook and are part of the Safety Management System (SMS) of the terminal.

All staff is being continuously provided with further training on the handling of LNG and natural gas as well as all associated safety measures. This ensures that all staff is able to utilise the latest safety technology and equipment.

In total, the terminal will employ around 70 people in various functions.

What does happen when an LNG carrier arrives at the terminal? How long does the unloading take?

Large and small LNG-Carriers will be able to berth at dedicated jetties at the terminal in Brunsbuettel. Jetty 1 could handle LNG carriers from 120m length up to length of approx. 345m with a capacity of appr. 265 000m³ of LNG (so-called QMax carriers). Jetty 2 could handle smaller LNG Carriers from70m (LNG-Barges) up to 170m (e.g. LNG Bunker Vessel).

Whatever the size: all LNG carriers will have to notify their arrival at the terminal in advance, present their loading papers and provide an estimated time of arrival (ETA). These relevant documents are exchanged between the terminal and the shipper in advance.

This is necessary to allow the terminal’s operational staff to sufficiently prepare for the berthing of an LNG carrier.

The LNG is unloaded and goes via pipelines to the tanks where it is temporarily stored.

The terminal will have a maximum unloading rate of 14 000 m³h of LNG transfer to our land-based LNG storage tanks. This means: a large ship could be unloaded in around 20 h. However, activities such as mooring, safety checks, paper works, tug assistance, ramp-up of unloading etc. will bring the entire berthing time to a figure of approx. 30 h for a large LNG carrier. Accordingly, smaller LNG carriers will have a shorter berthing time.

The LNG is further distributed by LNG bunker ship, tank truck or even rail tank car to fuelling stations for the supply of LNG-fuelled truck or the LNG bunker ships provide ship-to-ship bunkering operations in ports in Germany and beyond.

LNG can also be re-gasified and fed into the gas grid where it can then be used as an energy source and for heating.

Like the un(loading) of trucks, the (un)loading of rail tank cars are prescribed by specific written procedures and manuals. Every truck and rail tank car will be carefully controlled before being handled at the terminal.

How often do you expect LNG carrier to arrive at the terminal?

This depends on what our customers will require from us. Generally, we can handle more than one large LNG Carrier per week. As already mentioned, our maximum unloading rate will be 14 000 m³h. Including the berthing and the necessary paperwork to be done, a large carrier will take approx. 30h to unload, smaller carrier less. In addition to large LNG carrier, we also expect smaller carrier to arrive approx. twice a week, LNG trucks and rail tank cars to arrive daily.

How is the LNG loaded onto trucks and rail tank cars? How many of those do you expect to arrive at the terminal?

LNG trucks operate all over Europe and increasingly also in Germany, so staff will have plenty of experience with the loading of LNG onto trucks.

Dedicated and trained operators will be responsible for truck loading. Together with the truck driver they connect the hoses. The loading itself will be done by pumping LNG from the tank to the truck: this is a fully automated process with many safety precautions build into the system. The operator and the driver are always present near the filling station to supervise the loading. Once the truck is loaded the operator and the driver will disconnect the hoses, print, and accept the necessary paperwork and perform a last safety check before the truck leaves the terminal. We will be able to load around 120 trucks per week.

LNG transported by rail has advantages for some customers, among other a lower environmental impact if compared to truck transport. With the possibility for railcar loading the terminal will already be future proof. As with the loading of trucks, an operator will connect the hoses to pump the LNG from the tank to the rail car which is a fully automated system with in-built safety devices. However, in this case the operator works alone, and the loading procedure will take place a dedicated place that allows for the full assemblage of the rail car. Equally, the operator will disconnect the hoses and will print and accept the necessary paperwork before performing a last safety check. Then, the loaded rail car can leave the terminal. We will be able to load around more than 160 tail tank cars a week.

So, the LNG is never out in the open?

LNG – and after regasification natural gas – is handled in a closed system at the terminal, i.e. from the LNG carrier to the LNG tanks and vice versa from the LNG tanks to the individual loading stations – and to trucks, rail tank cars, bunker vessels and being fed into the gas transmission system.

And, how do you re-gasify the LNG?

We kept the LNG liquid by maintaining the low temperature (around – 162 °C) and the corresponding pressure which is close the atmospheric pressure. We need indirect heat to re-gasify LNG.

We have an unbeatable advantage at Brunsbuettel: we can use heating water from the nearby industrial community at the ChemCoast Park for an LNG -vaporizer system with warm water on one side and cold LNG on the other side. This will result in re-gasified LNG which can be fed into the gas transmission network.

As we work with a fully closed system no molecules from LNG or gas will escape. The water used to warm-up the LNG will never be in contact with the LNG and will leave the site as clean as it came in. It will then be re-used at the neighbouring site where we received it from.

What are your safety measures on the terminal? How is your staff protected?

We take the safety of our staff, surrounding communities, residential areas, and industrial sites very seriously. This is our first priority. The three companies behind German LNG Terminal, Gasunie, Oiltanking and Vopak, have a wealth of experience when it comes to designing, constructing, and operating terminals for gas, oil and chemicals according to the highest safety standards. The LNG terminal in Brunsbuettel will use start-of-the-art safety technology and will be designed so as to minimise the impact of any accident scenario on its surroundings. This means that the design of the terminal is built according to the safety-first principle. As every terminal, we will work closely with third party responders, such as the fire departments, to develop site-specific emergency plans.

Our operators and all other staff will be equipped with all appropriate protective clothing and devices and will be continuously regularly trained by us and relevant external experts in emergency response and the latest safety measures.

Please note that nothing is left to chance at the terminal. All systems are extensively tested before becoming operational. In addition, all systems have a redundancy built-in, i.e. when a machine fails, there is always a back-up available. Various dedicated handbooks elaborate all procedures at the terminal and explain and direct the staff and their actions. Detailed management systems, based on the latest insights and technological developments, keep track of performance safety. In addition, internal and external audit programs check and monitor any necessary improvements.

What consequences does a gas leakage have?

The principle design, operating and maintenance structure of the terminal prevents gas from escaping. However, if a gas release occurs, this will be immediately noted as throughout the terminal there are several monitoring systems as well as gas detection systems and cameras to alert operators.

The terminal is designed as to automatically stop all operations block gas pipelines towards the breach to limit the volume of escaping gas if a gas release has occurred. The design of the terminal also has an in-built system that will direct any leaked LNG to a location where it can safely evaporate.

There are no machines used on the terminal which can spark the gas vapours. LNG is very light and therefore will quickly vaporize into to the air and will not be able to cause any harm to humankind and the environment.

In conclusion, highly trained staff as well as purpose-built and terminal-specific safety design minimizes the risk and reduces the consequences in case of an accident.

What do you do in terms of environmental and climate protection?

We are planning to have a range of measures in place to minimise waste disposal, re-use materials/resources, and save energy, where possible. Gas molecules entering the terminal are all in a closed system, i.e. all incoming gas is temporarily stored before it goes out into product delivery systems, such as pipeline, trucks, or ships. We will use state-of-the-art technology and will follow best practices at the terminal.

As part of the permit approval process we will develop detailed and site-specific plans to minimise any possible environmental impact of the terminal on local wildlife as well as the local land, plant and water environment.

And of course, LNG as fuel for the shipping and heavy goods road transport is a low-emission fuel that substantially reduces the emission of air pollutants and contribute to the reduction of greenhouse gas emissions.